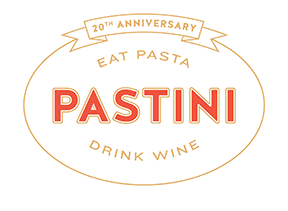 The Story Behind Spaghetti and Meatballs

While there’s no denying the universal appeal of Spaghetti and Meatballs, the dish is not actually Italian, but was an innovation of Italian immigrants who came to America, primarily to New York City, from 1880 to 1920.  The majority of these immigrants were impoverished and had only been able to afford meat occasionally in Italy, but it was much more affordable in the US.  Meat became more of a staple and families put meatballs on the table more often.

Then came the sauce.  Italian-American cooks favored tomato sauce or marinara, because canned tomatoes were becoming a readily available commodity at grocery stores, and marinara sauce was familiar to southern Italians…marinara originated in Naples and comes from the word for “sailor” because local fishermen made this quick and simple sauce on board their fishing boats.  Spaghetti also became hugely popular at this time because it was one of the few accessible Italian ingredients.  Soon people began eating all three together.

And so this iconic dish was added to the melting pot of American cooking traditions, and has remained a favorite for almost 140 years.

Pastini’s delicious Spaghetti and Meatballs stays true to this tradition.  Our marinara sauce is bright and tomato-y, made with San Marzano-style plum tomatoes, a little onion and garlic, organic basil and oregano.  Our meatballs combine beef and pork for flavor, seasoned with breadcrumbs, garlic, fresh herbs and parmesan.  Add some garlic toast, and I can’t think of a better Monday meal!